This TBR is the one that has me the most worried, I know I am not going to have time to finish all of these bad boys, on my list, I may not even finish two. December is always a flail-fest when it comes to finding a tiny bit of time for myself to read. But lets be optimistic, If I manage to get through 2 of these books, I’ll call it a success! 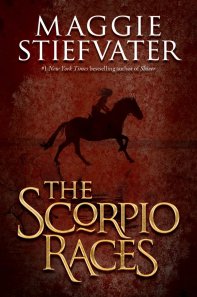 Synopsis: It happens at the start of every November: the Scorpio Races. Riders attempt to keep hold of their water horses long enough to make it to the finish line. Some riders live. Others die.

At age nineteen, Sean Kendrick is the returning champion. He is a young man of few words, and if he has any fears, he keeps them buried deep, where no one else can see them.

Puck Connolly is different. She never meant to ride in the Scorpio Races. But fate hasn’t given her much of a chance. So she enters the competition — the first girl ever to do so. She is in no way prepared for what is going to happen.

This book is the only one by Maggie Steifvater that I haven’t read… and may be a little cheeky to add to my TBR seeing as I am halfway through it already…. That being said, it is an incredible read, I love the incoporation of horses and a whole new folklore surrounding them! 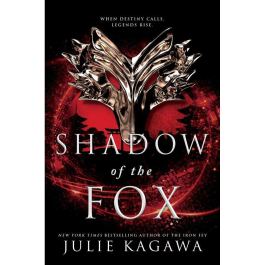 Shadow of The Fox – Julie Kagawa

Synopsis: One thousand years ago, the great Kami Dragon was summoned to grant a single terrible wish—and the land of Iwagoto was plunged into an age of darkness and chaos.

Now, for whoever holds the Scroll of a Thousand Prayers, a new wish will be granted. A new age is about to dawn.

Raised by monks in the isolated Silent Winds temple, Yumeko has trained all her life to hide her yokai nature. Half kitsune, half human, her skill with illusion is matched only by her penchant for mischief. Until the day her home is burned to the ground, her adoptive family is brutally slain and she is forced to flee for her life with the temple’s greatest treasure—one part of the ancient scroll.

There are many who would claim the dragon’s wish for their own. Kage Tatsumi, a mysterious samurai of the Shadow Clan, is one such hunter, under orders to retrieve the scroll…at any cost. Fate brings Kage and Yumeko together. With a promise to lead him to the scroll, an uneasy alliance is formed, offering Yumeko her best hope for survival. But he seeks what she has hidden away, and her deception could ultimately tear them both apart.

With an army of demons at her heels and the unlikeliest of allies at her side, Yumeko’s secrets are more than a matter of life or death. They are the key to the fate of the world itself.

I received a copy of this book in an OwlCrate, I had seen a few ARC’s floating around the place and thought it sounded cool. So now that I have a copy, I thought I’d add it to my TBR. I’m hoping that the hype doesn’t turn me off the book when I start to read, so often I find myself hating books that are so hyped over on Bookstagram. 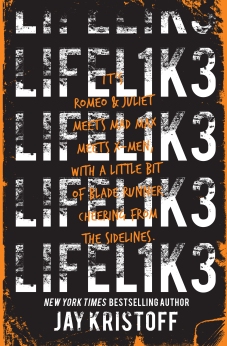 Published May 29th 2018 by Knopf Books for Young Readers

Synopsis: On a floating junkyard beneath a radiation sky, a deadly secret lies buried in the scrap.

Eve isn’t looking for secrets—she’s too busy looking over her shoulder. The robot gladiator she’s just spent six months building has been reduced to a smoking wreck, and the only thing keeping her Grandpa from the grave was the fistful of credits she just lost to the bookies. To top it off, she’s discovered she can destroy electronics with the power of her mind, and the puritanical Brotherhood are building a coffin her size. If she’s ever had a worse day, Eve can’t remember it.

But when Eve discovers the ruins of an android boy named Ezekiel in the scrap pile she calls home, her entire world comes crashing down. With her best friend Lemon Fresh and her robotic conscience, Cricket, in tow, she and Ezekiel will trek across deserts of irradiated glass, infiltrate towering megacities and scour the graveyard of humanity’s greatest folly to save the ones Eve loves, and learn the dark secrets of her past.

Even if those secrets were better off staying buried.

A dear friend of mine Tamara (Booked for the Weekend) kindly gave me an ARC of this book, before it was published. But did I get time to read it? No. So here it is, on my December TBR. I am into Sci-fi, but I haven’t really liked Jay Kristoff’s solo books. Hopefully this one is different… 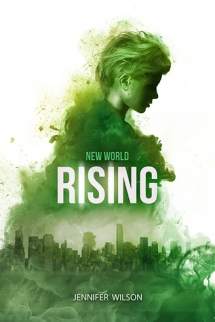 Since witnessing her parents’ murders at the age of eleven, Phoenix’s only purpose in life has been to uphold her mother’s dying words – to be strong and survive. But surviving outside of The Walls – outside of The Sanctuary – is more like a drawn-out death sentence. A cruel and ruthless city, Tartarus is run by the Tribes whose motto is simple, “Join or die.”

Refusing to join and determined to live, Phoenix fights to survive in this savage world. But who can she trust, when no one can be trusted? Not even herself…

The first of a trilogy, New World Rising is an epic tale of survival, instinct, trauma, and the extraordinary power of human connection.

Yet Again, this is a title that I have had in my TBR for too long, so long that the sequel has been published… 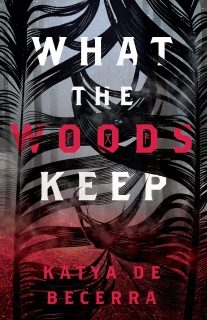 Synopsis: On her eighteenth birthday, Hayden inherits her childhood home—on the condition that she uncover its dark secrets.

Hayden tried to put the past behind her, and it worked. She’s getting ready for college, living in a Brooklyn apartment, and hanging out with her best friend and roommate Del. But now it’s all catching up with her: her mother’s mysterious disappearance a decade before, her father’s outlandish theories about a lost supernatural race, and Hayden’s own dark dreams of strange symbols and rituals in the Colorado woods where she grew up.

As soon as Hayden arrives at her hometown, her friend Del in tow, it begins: Neighbors whisper secrets about Hayden’s mother; the boy next door is now all grown-up in a very distracting way; and Hayden feels the trees calling to her. And among them, deep in the woods, Hayden will discover something incredible—something that threatens reality itself.

This book was on my radar before its release. Anything that combines the supernatural, creepy woods, and a coming of age story thrown into the mix has my name all over it. But what made me buy this beauty was Jayse (ItsmeJayse) He loved it and raved about it all over Bookstagram, so naturally, I needed to have it and read it asap. I would love to get to this one this month.

And that brings me to the end of the list of books that I want to read this month… I also have a short list from NetGalley that I need to read also. Here they are!

I love NetGalley and am so thankful for the opportunity to read fantastic books for free, in exchange for an honest review! But NetGalley can be overwhelming if you do what I did, when I first joined and requested way too many books. Read my tips on managing your NetGalley titles HERE

Well that brings my December TBR to a close. There are 8 titles here, and I am under no illusions that I’ll get to them all… But I like to have a target and a list to check at the end of the month!

Are any of these books on your TBR?