So I saw this idea somewhere on a list of bookish inspired blog ideas and I am so excited to give it a whirl. While I am not a huge Christmas fan, I can appreciate the images that this idea conjures up. This is purely for a little bit of Christmas Cheer and good ole meaningless, mindless FUN! I mean can you imagine anything other than Reindeer pulling Santa’s sleigh? I can! Here are my top 5 fictional creatures, that I can imagine pulling Santa’s Sleigh!

Now I know we see them pulling carriages in HP, but come on, imagine them hauling Santa along the roads, their black bodies, invisible to those who haven’t witnessed death, adding more allure and mystery to how Santa’s sleigh moves on its own. To the others, the magnificence of their lithe bodies and pointed faces giving Christmas a sharper and more real feel.   Maybe I’m just biased because they are one of my favourite magical beasts, but Thestrals pulling the sleigh would be awesome! 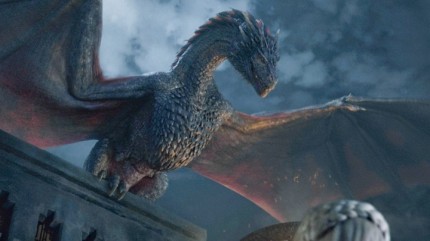 Although their numbers may be dwindling (if you prefer to go with the tv show adaptation), imagine, Santa flying through the sky, Drogon, Rhaegal and Viserion gliding through the air, Santa shouting “Dracarys’ and the dragons light up the night sky with flames that can be seen all over the world! 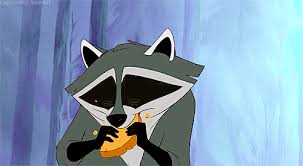 A whole lot of Meeko’s from Pocahontas. Scurrying through the night sky, dropping biscuit crumbs on all the houses. It would be like a new take on snow!

Number 4 – Unicorns from The Last Unicorn

I felt I needed to be specific there because, the last unicorn, unicorns are my favourite ever. They look like I think unicorns should look, dainty little legs feminine bodies and faces, then horns that are so long, sharp and pointy that you don’t even want to mess with them. How stunning would they look, pulling Santa’s sleigh? Shining in the night sky, protecting Santa from incoming birds or any other dangers. Perfect.

Okay so I know these aren’t fictional, but I’m going to totally say the ones from Jurassic Park/Jurassic World. Imagine. Nine. Of. These. Beauties. Pulling Santa’s sleigh! Would it still fly? Or would they just be there running around the globe, terrorising as they go? I think flying T-Rex’s would be a much better sight!

Okay, this was just a lot of fun, this holiday season! I want to see your list of top 5 fictional creatures that you would want to see pulling Santa’s Sleigh!